"an accomplished debut ... one to watch"

A young woman walks alone through a barren landscape in a time before history, a time of cataclysmic natural change. She is cold, hungry and with child but not without hope or resources. A skilful hunter, she draws on her intuitive understanding of how to stay alive… and knows that she must survive.

In present-day London, geneticist Dr Eloise Kluft wrestles with an ancient conundrum as she unravels the secrets of a momentous archaeological find. She is working at the forefront of contemporary science but is caught in the lonely time-lock of her own emotional past.

Bone Lines is the story of two women, separated by millennia yet bound by the web of life. A tale of love and survival – of courage and the quest for wisdom – it explores the nature of our species and asks what lies at the heart of being human.

Although partly set during a crucial era of human history 74,000 years ago, Bone Lines is very much a book for our times. Dealing with themes from genetics, climate change and migration to the yearning for meaning and the clash between faith and reason, it also paints an intimate portrait of two extraordinary characters. The book tackles some of the big questions but requires no prior or special knowledge of any of the subjects to enjoy.

Inspired by a series of ‘what ifs’ Bone Lines is a debut novel that has come to life through the professional publishing platform of Unbound. This innovative form of book-making delivers the power to commission literature into the hands of patrons and readers, allowing an array of distinctive, off-beat or undiscovered stories to take shape – and for a variety of fresh voices to find their audience – in the way that mass-market models often struggle to.

Bone Lines stands alone as a novel but also marks the beginning of the Children of Sarah series.

GRACEFULLY WRITTEN… THE DUAL NARRATIVE REACHES OUT ACROSS TIME TO RELATE THE INTERWOVEN STORIES OF TWO WOMEN.

Who do you think you are? A daunting question for the debut author… but also one to inspire a genre-fluid novel based on the writer’s fascination for what makes humanity tick. Born in Hong Kong to expats from Liverpool (and something of a nomad ever since) Stephanie is now based in London, but manages her sanity by escaping to any kind of coast.

Before returning to her first love of creative writing, Stephanie spent much of her youth pursuing alternative forms of storytelling, from stage to screen and media to marketing. This included reading Drama at Bristol University, an improvised play at the Edinburgh Fringe, six weeks at The English Theatre of Hamburg, a year of reading the weather report on Hong Kong TV, a few nervous lines with a future James Bond, a car chase in a cult Cantonese action movie, regular contributions to an indie cultural mag in LA, many lines of copywriting and some well-earned wrinkles acquired at her own PR company, specialised in design.

In the meantime an enduring love affair with words (some may say she talks too much) and fiction have led her down many a wormhole on the written page. But any storyteller can attest that creating a few characters for company is a thrill (or therapy) that’s tough to match. Even if the day job means confining such imaginary friends to the witching hours or countless misplaced weekends. Or when new ideas, themes and obsessions must be followed like Alice’s rabbit, no matter where they may lead.

Drawn to what connects rather than separates, Stephanie is intrigued by the space between absolutes and opposites, between science and spirituality, nature and culture. This curiosity has been channelled into her debut novel, Bone Lines, and into short stories such as Human Error for New Orbit magazine. When not bothering Siri with note-taking for her next books, Stephanie can be found pottering about with poetry, or working out what worries/amuses her in an opinion piece or an unwise social media post. Although, if she had more sense or opportunity she would be beachcombing, sailing, meditating or making a well-disguised cameo in the screen version of one of her stories. (Wishful thinking sometimes has its rewards?) 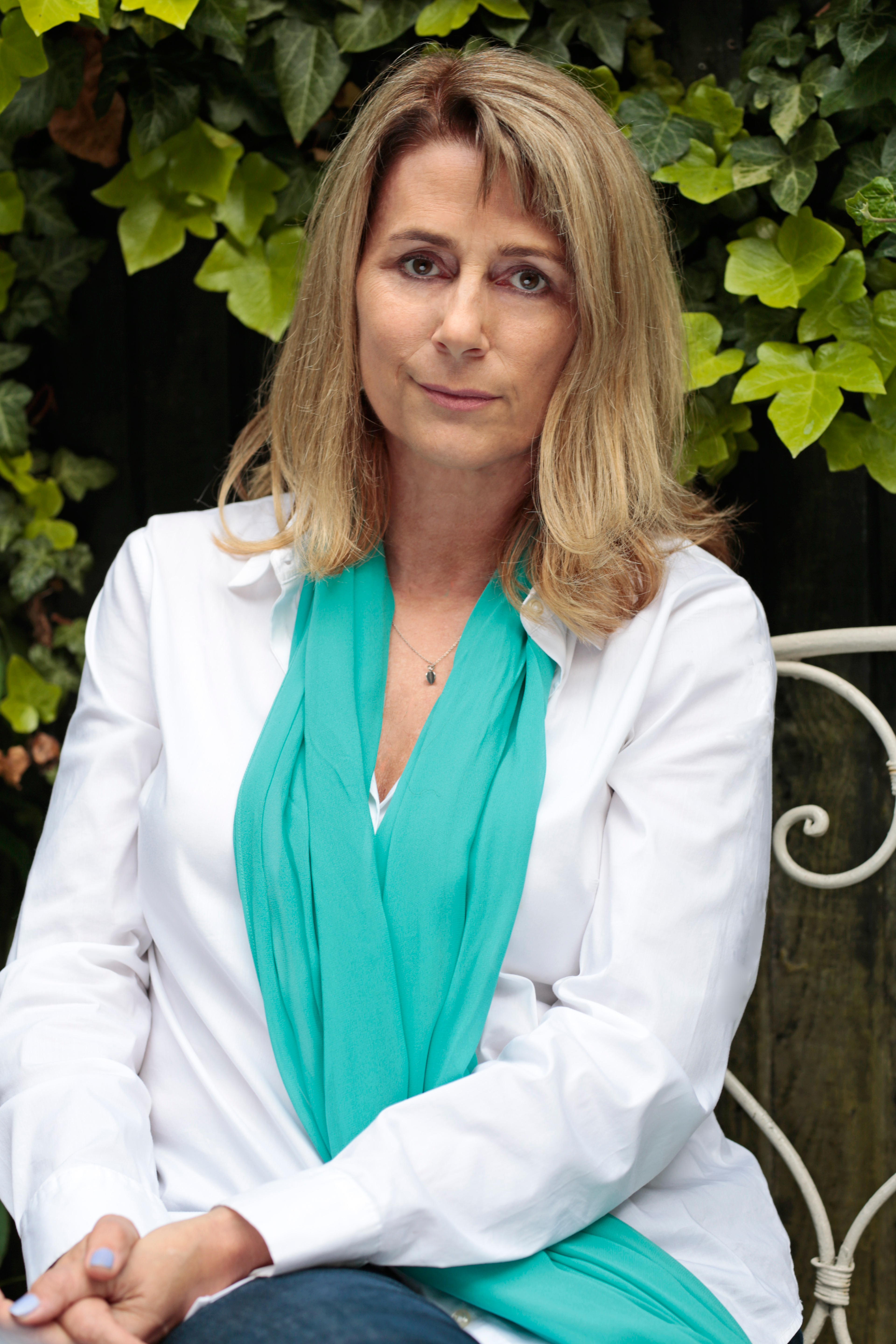 Read about the journey to creating Bone Lines here.

WIN A SIGNED COPY OF BONE LINES
about
events 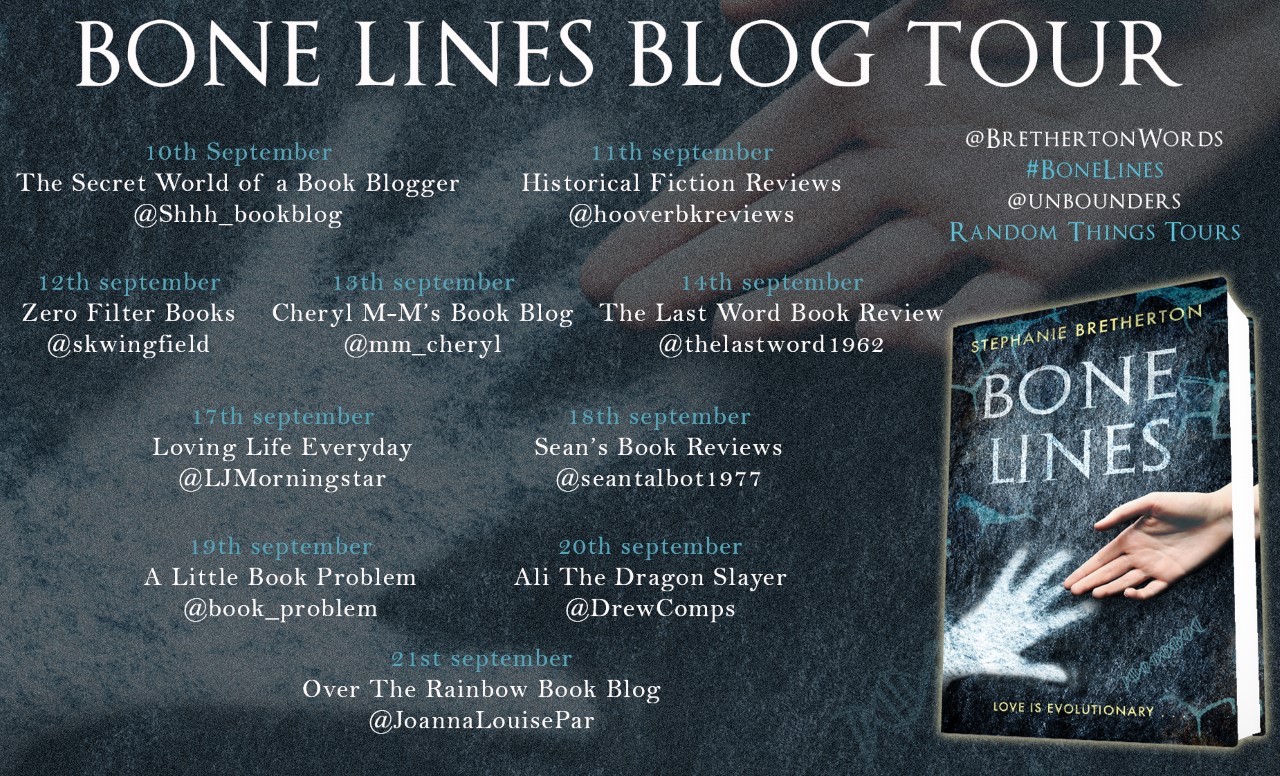 How? Join Stephanie’s mailing list before 3 December and you’ll be entered into a prize draw to win:

And all subscribers will receive news, blog updates, subscriber-only specials, and a special discount code for subscriptions to New Orbit. So please sign up. It only takes a couple of clicks and you can unsubscribe at any time…